When Wine Floats Your Boat By Kelly J. Hayes for the Aspen Times Magazine 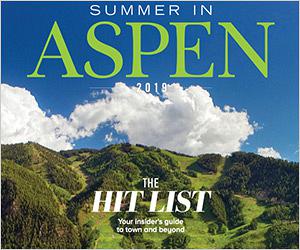 When I stepped off the dock onto the pristine deck of the 112-foot motor yacht “JOPAJU,” floating regally in Narragansett Bay in Rhode Island, the last thing I expected to find was a crew that included people from my hometown.

After all, when one accepts a cruise on an ocean-going chartered yacht, thoughts turn to the sailors’ life, not necessarily the Rockies. But, as I received my first welcoming glass of chilled La Marca Prosecco and exchanged pleasantries, I quickly discovered that the chief stewardess, Stella Doble, not only grew up in the Rockies, but had attended Aspen High School. And when I went below deck to peruse the well-equipped and impeccably stocked galley of the “JOPAJU,” there, paring knife in hand, stood Joseph Albert, a former sous chef at Aspen’s Little Nell hotel.

I knew that, whatever the outcome of the weekend cruise, I would be in good hands from a culinary and wine standpoint.

And, of course, part of outfitting your yacht includes selecting and provisioning the boat with the most interesting beers, wine and cocktails for your sailing pleasure. While I knew that a local brew and an Aperol spritz might be part of my cruising weekend, I had looked forward to seeing what kind of wine selections might be made by the crew to make the trip even more special.

Chef Albert, who spent part of this past winter taming Snowmass’ double-black diamond KT Gully on his snowboard, showed his prowess using foods of the region as he prepped a seagoing feast for our first evening aboard. Beginning with a classic, New England clam chowder, we supped on fresh lobster with a summer vegetable succotash and rosette of local potatoes, before wrapping with fresh blueberry cobbler. It does not get much more Rhode Island than that.

But what interested me were the pairings that chief stewardess Doble might make with the New England fare. I had never had wines from Rhode Island before, nor had I heard of the Newport Vineyards. But the crisp sauvignon blanc Doble procured from the winery was not only a nice accompaniment to the creamy chowder, it came with a tale.

The Newport Vineyards, under the auspices of Paul Nunes, sit atop a hill in a stunning micro-climate on Aquidneck Island, about 2 miles from the Atlantic at an elevation of 175 feet. While humidity can be an issue for vines in the region, a constant breeze blows across the vineyard, keeping the vines dry and protected. The sauvignon blanc was aged in both steel and oak, and thus had the body to stand with the chowder. Something new.

For the lobster, Doble presented a classic rosé from the Bandol region of France produced by Domaine Tempier and imported by the great Kermit Lynch (see Under the Influence). A perfect pairing with the fresh bugs, the pink wine in the bottle with a wood cut of an ancient sailing ship on the label, stands tall among the ocean of inexpensive rosé that floods the market. It’s the real thing and a treat to drink with the sweet, buttery lobster tails.

Port was the choice for the cobbler and the Graham’s Six Grapes was equally appropriate. “The everyday port for the vintage port drinker” is how the Porto-based producer refers to this delicious but unpretentious fortified elixir. It was hard to tell if the cobbler made the port better or vice versa. But as the sun set, none at the table cared. It was simply summer.

Of course, if you own your own yacht and have stakes in wineries, like say Ann Walton and Stan Kroenke who own the 281-foot “Aquila” (formerly known as the “Cakewalk”), as well as Screaming Eagle and the Jonata wineries. Or perhaps Bernard Arnault, who heads LVMH (the MH stands for Moët Hennessy, which owns Château d’ Yquem and Château Cheval Blanc) and sails on the 334-foot “Symphony,” then chances are you will stock your own wines aboard.

But for those who are simply looking to enhance their luxury experiences at sea, having a wine-savvy steward, or in our case stewardess, and a skilled, creative chef to guide the journey is as valuable as a quality captain.

That’s my takeaway from my AvYachts adventure on the “JOPAJU.”