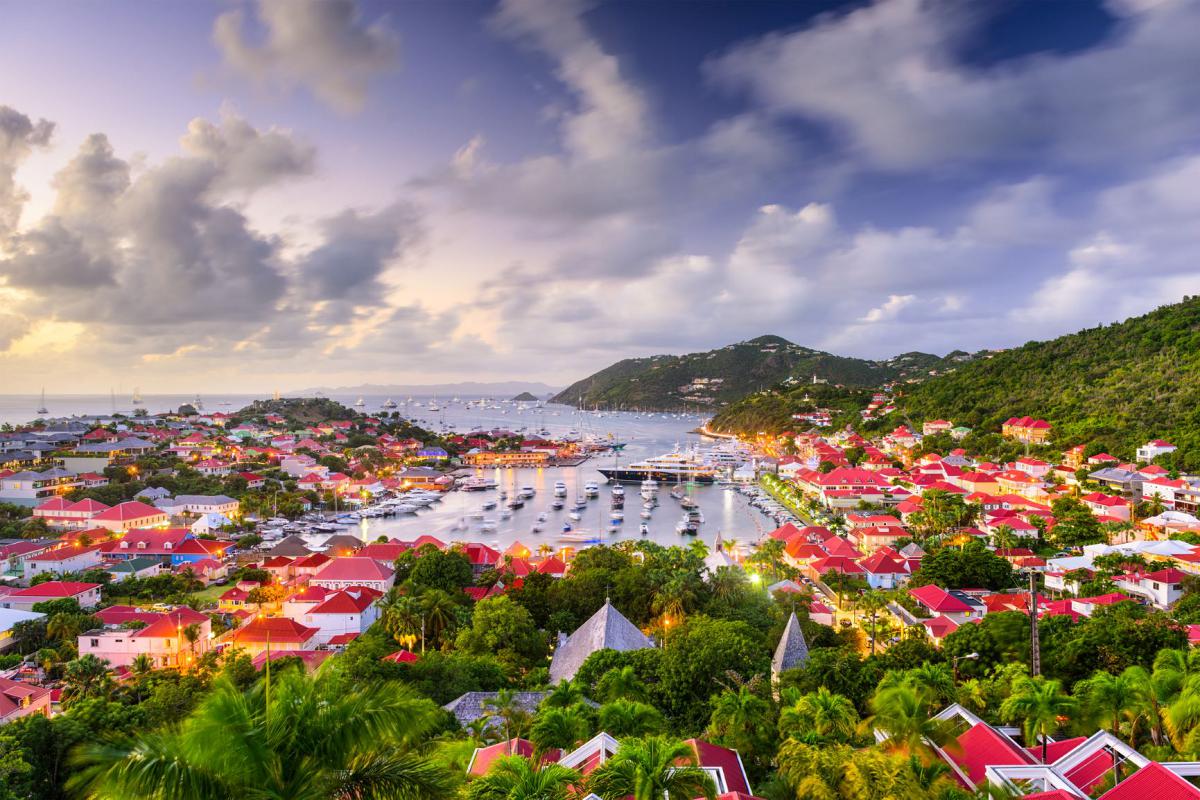 Lashings of champagne, gourmet dining, and a superyacht culture that runs deep in the blood – this is the holy trio that makes St Barts such a player on the sailing and yachting scene. For those AvYacht owners destined to soak up the splendor, action, and nautical energy of the jet sets favorite Caribbean isle, we have some suggestions for making the most of a long weekend. Whether hitting the island to catch one of the regal bucket regattas or just cruising by as part of a wider itinerary when discovering the Leeward Islands, here’s our sketches for a sublime weekend jaunting with the joie de vivre in the French Caribbean.

Friday Night
As you drop anchor in the glitz and glory of St Barts, why not skip dinner onboard and head out to rub shoulders with the rich and famous instead. St Barts dining scene is heaven sent but be sure to start your gourmet weekend tour at Eddy’s, where creole cuisine is devoured beneath twinkling pagoda lanterns in the lush tropical garden.

After chowing down on local fish, its time to seek a cocktail or two before retiring for the night. Bagatelle is one of the go to spots on the island for those seeking a hot to trot scene punctuated with legendary DJ’s. For those who prefer to save their hedonistic side for Saturday nights, head back to the yacht and enjoy a snort of rum on the starlit deck for a gentle wind down.

Saturday
One of the purest pleasures of superyacht life is taking breakfast on the sundeck. Fortunately, your crew will serve you stunning French pastries and a bounty of beautiful tropical fruits to start the day.

You did not come to St Barts not to make the most of those 17 stunning beaches, so why not squeeze a couple in before lunch. Start as you mean to go on with a sojourn to the magnificent Anse du grand Colombier. Here you will find still lagoon like waters and sands so silicon white they seem to shine. Those preferring a stretch of sand that comes with a glimpse of glitz can seek out the stunning Baie de St Jean where the well-heeled like to frolic and snorkel around the rich reef shelf.

Lunch is a luscious affair but why not keep it chic and casual back on the yacht. Freshen up from your peachy beachy morning with a shower and then prepare to hit the best boutiques on the island for some serious retail therapy. High fashion choices are waiting in Gustavia where you will find the likes of Hermes and Prada lining the seabreeze streets. Over in St Jean you can swap designer digs for more independent boutique vibes – picking up soft as silk cashmere and stunning silver amulets.

Those who want to keep the party going can head down to Moulin Rouge inspired showroom Le Ti St Bart. Lashings of red velvet, sparkling chandeliers, and feathers galore set the scene for showgirl performances served alongside jumping beats and raucous It crowds.

Sunday
Sunday brunches and lazy lunches are an institution in St Barts, so why not select one of the islands most adored spots for the occasion. Nikki Beach is famed across the globe for her exclusive guest list, her stunning waterfront position, and her fresh and fabulous sushi platters delivered in utter sophistication. Hip afternoon beats, a few steps to the water, and cocktails that keep on coming mean that you can spend hours, days, hell – even weeks sprawled out at Nikki Beach.

After a morning lounging on the sands, its time to soak up island action from a different point of view. No less than 22 diving sites can be found around the islands natural reserves. Whether you prefer to stick to rainbow bright shallow reefs or to dive down deep and discover sunken ships, you can take your pick. Those who prefer their underwater dreams served with speed can also have a go on a Seabob offered over on Shell Beach.

As your weekend draws to a close, a final sunset supper back on the yacht could see the chef whip up wonders with the islands favorite – spiny lobster or fresher than fresh ceviche picked up from market that day and soaked in lime and spiced coconut milk.

There’s a reason St Barts remains a firm favorite with the yachting crowd. Find out about our AvYachts owner plans to discover the world’s favorite haute couture island for yourself.